5 Types of Reverb and When To Use Them

When it comes to reverb, there are so many choices. Within this article, I aim to make sense of the different reverb types and when they could be used. I will also discuss the difference between algorithmic and convolution reverb and how to make the best use of the two.

So what is reverb?

Reverb is defined as a sound with a series of echoes. Whilst this is fundamentally true, what is actually happening is far more complex. The many echoes that makeup reverb all have individual nuances, defined by length and repetition. Therefore, what we are actually hearing is a simulation of a sound reflecting off of multiple surfaces in a variety of directions. Not too complicated, right?

You’ve likely experienced reverb in a more natural setting before. Ever caught yourself singing in the shower and wondered why you sound so good? That’s likely caused by the reverberant nature of tiled rooms. I remember being up in Snowdonia and shouting across the lakes. The terrain is so widespread that the reflections are noticeably separated. However, this is still reverberation.

Reverb can be broken down into two areas of thought

Early reflections constitute signals that are direct reflections off of surfaces. For instance, when you playback sound from your speakers, that sound travels in every possible direction. Once it passes over your head, 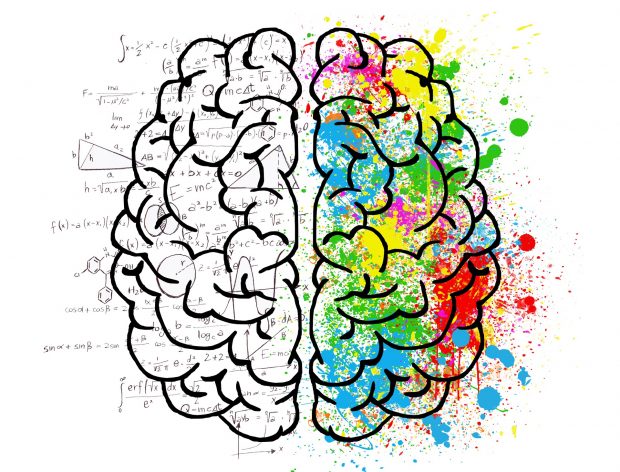 hits the wall behind you, and bounces back, your ears receive this sound and this is an early reflection. Your brain then processes the time delay between the two signals and this is what is perceived as reverb.

Late reflections are essentially every other sound we hear after the primary reflection. This could be heard once a sound has bounced between two surfaces. These reflections generally lack energy and are not as strong but they do make up the majority of what the human ear/brain can perceive. Most early reflections are less than 20 milliseconds and so very hard for our brain to differentiate. Once a late reflection is heard with a longer time frame, we become more aware of the space.

So what types of reverb are there?

Essentially, there are five main types. Chamber, Hall, Plate, Room, and Spring. The main decision we all have to make is when to use them.

Chambers are often large spaces, originally designed for orchestras. Whilst normally not as large as halls, they operate a reverberation time of roughly 0.5-2 seconds. This smaller space allows for a thick and lush reverb whilst not being too overpowering. When you need that big room feel but want to keep a degree of clarity, chambers can be your friend.

Halls are similar to chambers. However, they tend to be larger and thicker. With reverberation times generally lasting anywhere up to 5 seconds, halls can give your sound a huge feel. Due to the large size, halls tend to operate a roll off in high frequencies during the late reflections. This is due to the wavelengths of lower frequency information being able to reach the distance required to become a late reflection. It’s certainly something to consider if you’re trying to keep things bright.

The first of our two man-made reverb types, plate reverb utilizes transducers that send and receive a signal through a sheet of metal. The vibrations generated through this process are what creates our reverb. In order to modify and adjust the feel of the reverb, mechanical dampers are used to throttle the vibrations. Plates can offer a great sense of size whilst eliminating the consuming depth that real reverb offers. This makes them great for adding a bit of sizzle and size to key sounds like vocals or a snare drum.

In general, room reverb operates under the 1-second range. It constitutes the majority of natural reverb that you might hear. Anywhere from a bathroom to a sports hall is likely to have a short room reverb with a quick decay. It is likely one of the most used reverbs because of its incredibly versatile. A common use for room reverb is to make up the ambient part of a multi-reverb technique. A short room reverb with a 400-millisecond decay allows you to situate elements within a physical space. You can drown them to make them sound further away in the mix, or leave them dry to have them close and up-front. Whilst it may be the simplest reverb, it’s certainly not one to sleep on.

Spring reverb is similar in design to the plate, however, it uses a metal spring instead of a sheet. Due to its malleable nature, spring reverb offers a unique resonance and a sonically distinct sound. Incredibly common with guitar recording (think White Stripes), the spring can usually be tightened or loosened to vary the speed of the reflections. This speed is similar to that of the speed you might set within a delay plugin. Also useful for vocals, springs offer a great sound but should be used when appropriate. To much spring can definitely clutter up a mix.

So what’s this algorithmic and convolution stuff you mentioned?

In essence, these are the two choices you are always going to have. Algorithmic reverb is created through a series of calculations to generate what a natural reverb should sound like. They generally don’t sound as realistic as you might hope but this can be a bonus for creating unnatural soundscapes. Convolution reverb is modeled on the actual response of physical space. Using measurement microphones, we are able to capture the impulse response of a space which can then be applied to your sounds. These will normally sound more realistic and they also mean that you can get the sound of somewhere like Air Studios or the Sydney Opera House without having to actually go there. What more could you want!?

Reverb is important to pretty much everyone working with sounds. You need to do what works for your project but you should be conscious of the different sounds that can be created if you are using the right reverb. With mixing music, the key is usually to make things sound as natural and clear as possible. This means piling a drum kit through a big spring reverb probably isn’t the way to go. Do your homework and test out the different options available to you.